Film maker Patxi Basabe, from Zinema Varietes productions in Vitoria, was at the Hendaye short film festival in 2015 with his short called Lasterketa. With beautiful cinematography, Lasterketa takes you on a voyage to an unexpected place, a meeting place where the sparks of revolutionary change are being exchanged between an eclectic mix of societies working classes. TXINGUDI 647 had a chance to speak with Patxi in Hendaye.

Can you explain the symbol of the runner crossing the track in front of all the other runners.

It has different meanings. The first is that you have to cross over obstacles that “the system”, society, puts up. If you can’t get over these obstacles then you can’t really get anywhere meaningful. You need to get over the barriers that the establishment puts up to be able to look for another way of living. That was the symbol of her jumping over the wall. The other message is, that it is not important in the race whether you win or lose, but to get to the final meeting at the end of the film. There was another underlying message in this scene as well, a subtle reflection about the inequality between men and women. As you might have noticed, in the race there were both men and women in the same heat, of course this is something you would never see.

The metaphor of the media as puppets came across briefly in the final conversation, but it had a lasting effect.

In fact, that was the first idea that I had as a concept for this project and I started writing the film from there. It really came from seeing the media being able to easily sway opinion, thoughts and ideas in society. The mass media is not the giver of information, it holds back information, it creates it’s own version of events for its masters, who are of course the puppeteers in this metaphor. 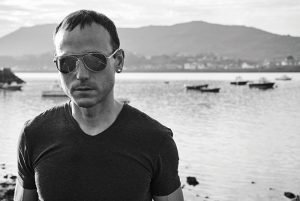 Where did the idea to show so many different people in the film, each doing there own thing, leaving their work, to finally arrive at such an unexpected ending, the meeting, come from?

I wanted to show the necessity to start a change, and this change has to start right now. We live in a world where there is a lot of individualism, but if there is going to be any revolutionary movement of change, then we need to bring together and unite different kinds of people from all parts of life to debate, discuss and create change. That was the foundation for the film’s final meeting.

Tell us about the final message that was written on the blackboard at the end.

What are your next projects ?

I am working on the second part of Lasterketa. It focuses on media manipulation and shows an example of how the media can change and influence people’s opinions. It goes to another level of control of the “media as puppets” metaphor that we saw in the first film. There are a total of five parts to Lasterketa, five short films that stand on their own, but can be put together as one long film with a common message.

Any other films in the works ?

We are also working on a documentary called Mavrek, it’s about a Spanish personality who is important in fostering change in Spain, Antonio García Trevijano. He was important in the transition of Spain from Franco’s time to today’s democracy. Is it really democracy that we have now or is it a continuation of Franco’s regime, but with more individual freedoms?  Trvihano has another story to tell, one that is not really known. We look into documents that show how Kissinger and the CIA contributed to the current Spanish constitution. He is a very interesting and important personality, who was not just a radical, he had relations with the monarchy and could have even been a head of state. Trivanho is not often in the media because the media does not want him to have a voice, his ideas may be seen as dangerous to the current Spanish government. 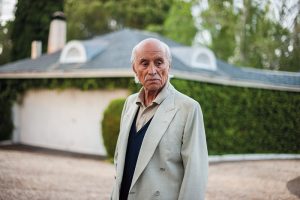